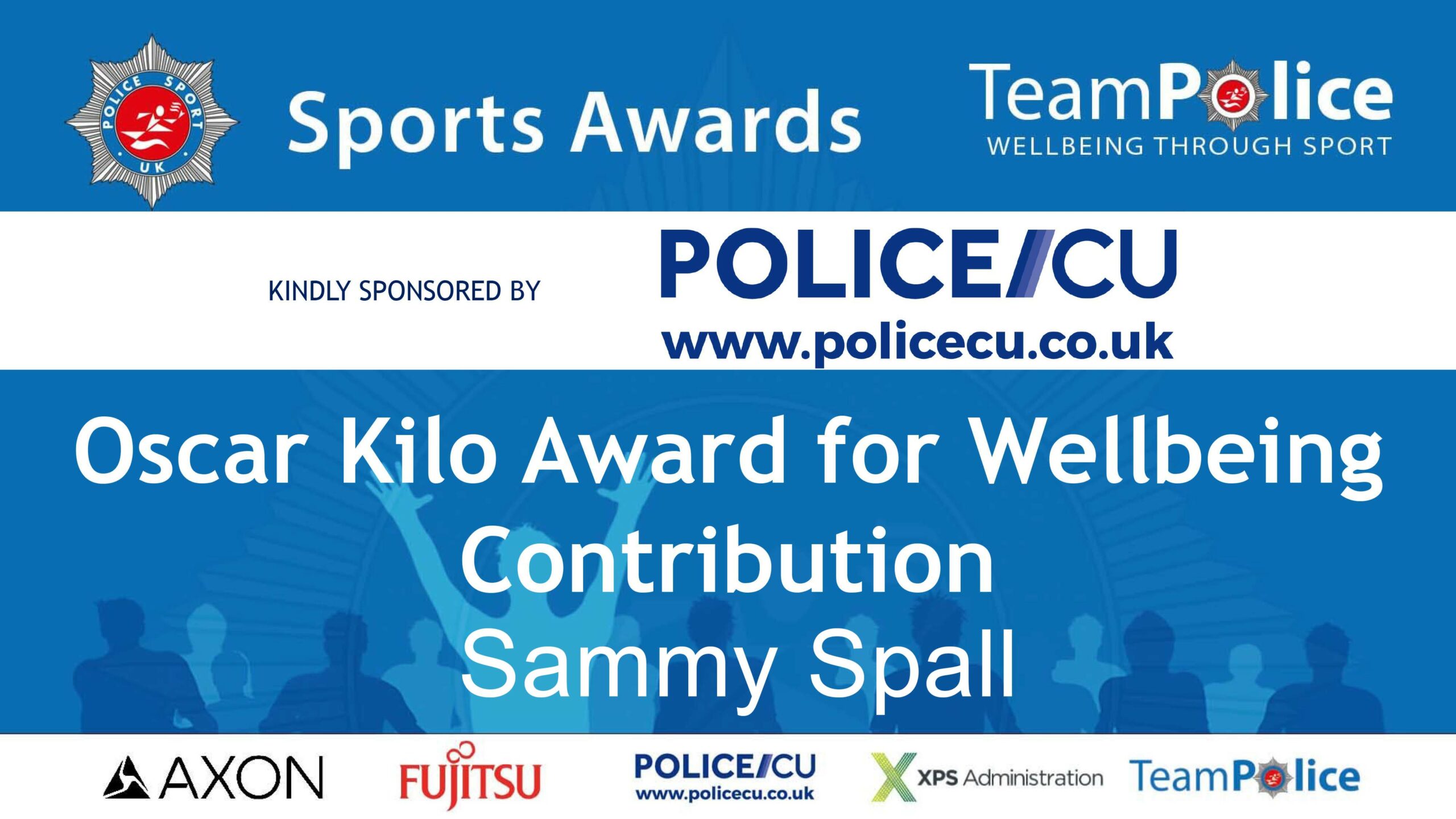 We are grateful to all our sponsors for supporting the event but in particular to Police Credit Union – Serve and Protect for very generously sponsoring one of the main awards during the evening. The Oscar Kilo Award which which is awarded to an individual who has contributed most towards wellbeing, inclusion and engagement in the police service. This year it was won by Sammy Spall retired Devon and Cornwall Constabulary and was presented to him on the night by Rob Lovesey from Police Credit Union – Serve and Protect.

Mr Sammy Spall joined Devon and Cornwall Police (DCP), in 2000 as the ‘Exercise facilities Manager’ and retired in December 2019 (aged 66). At the start of his tenure Devon & Cornwall Police had a gym at Headquarters, in Exeter, and little else across the Force, other than poor local arrangements, in a few stations.

Not content that DCP officers and staff had such limited access to the space and equipment to aid their fitness and wellbeing, Sammy took it on himself to drive the introduction of gyms at as many stations as possible. This entailed negotiations at Executive, Command and tactical levels; garnering financial and real-estate support as well as changing the mind-set of those less enthusiastic than himself.

Sammy, successfully, oversaw the establishment of thirty-eight gyms across DCP; a staggering achievement for a Force with such a vast geographic area. The gyms thrive, with local committees and regular equipment upgrades.

Sammy also managed the Headquarters swimming pool. During his tenure the use of the pool by non-police clubs increased three-fold with the subsequent enhanced community links and increased revenue; ploughed back into wellbeing.
Sammy’s enthusiasm and energy for sporting-matters, health and fitness saw him Increase Force Sports Association (FSA), membership, in recent years, at the rate of approximately one hundred members a year. There are now over 3000 FSA members in DCP; over half the Force.

Mr Sammy Spall has made an incalculable contribution to the wellbeing of officers and staff in Devon and Cornwall Police and thoroughly deserves to be awarded the Oscar Kilo Award. 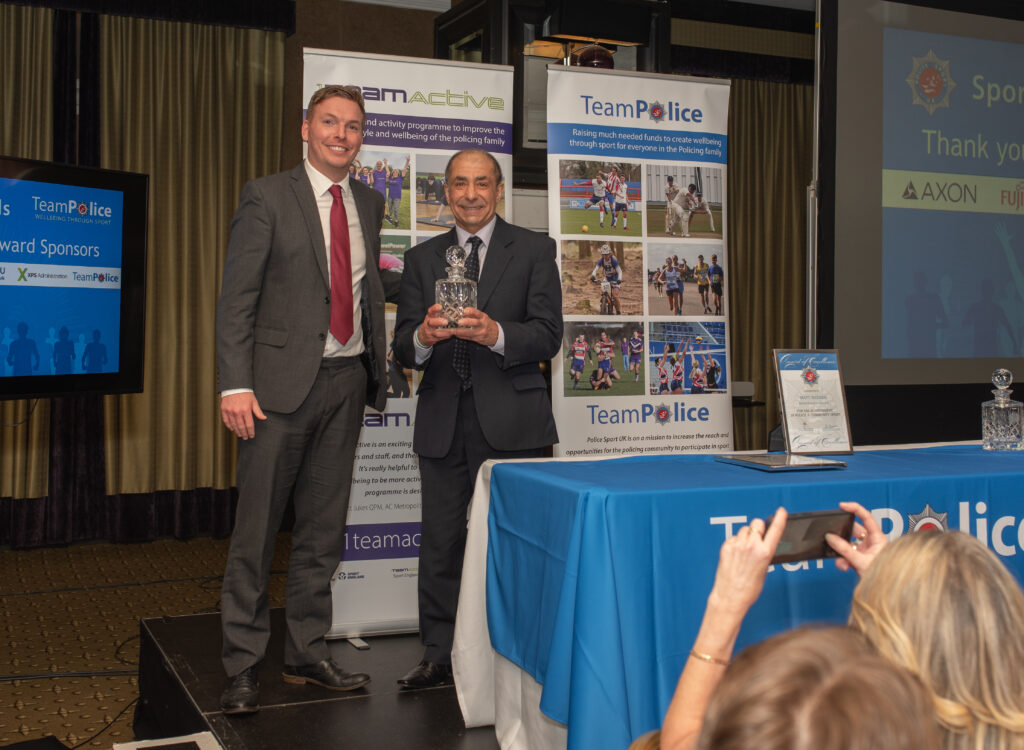 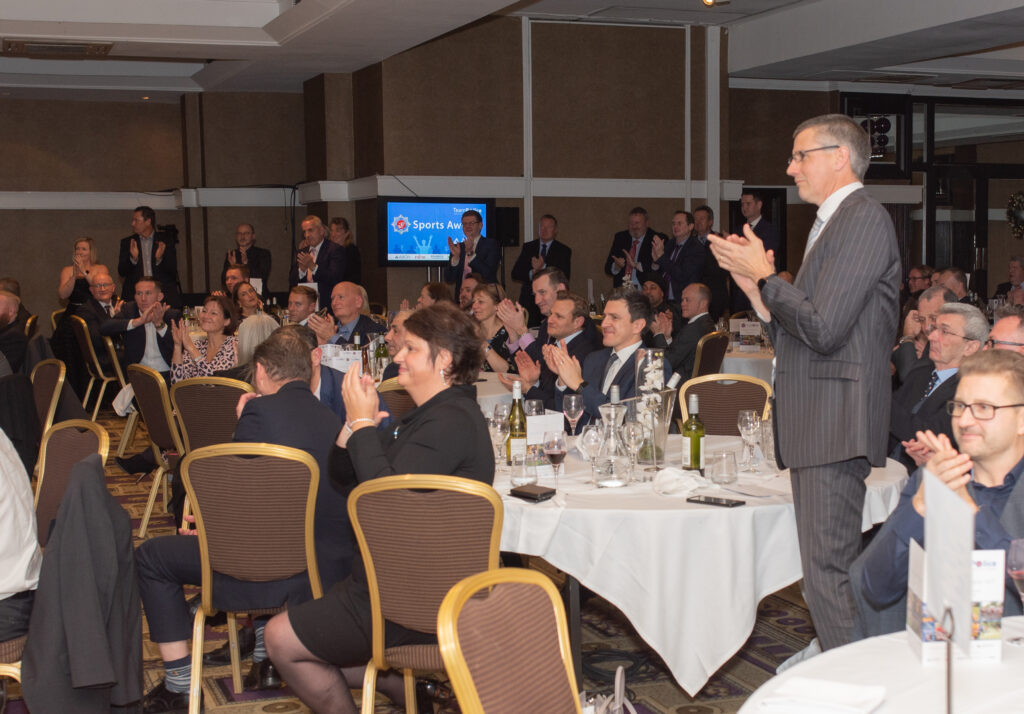 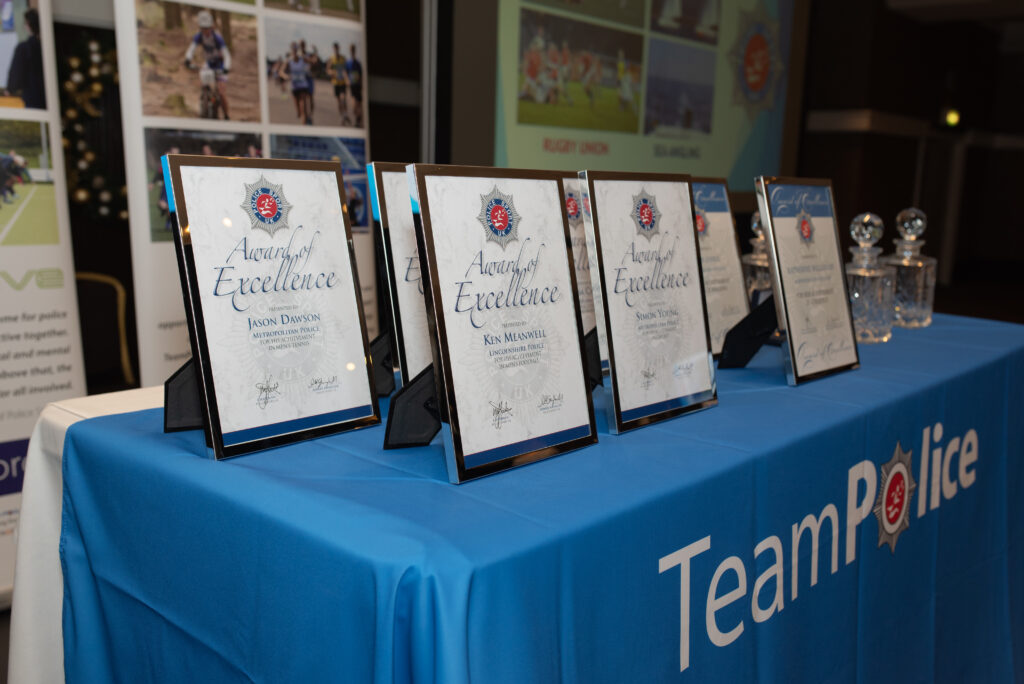 Our mission is to improve the financial resilience of those who serve and protect.

We recognise the important role our members play within society and the day-to-day challenges they face while protecting our nation.

That is why we are passionate about helping our members prepare for their financial future – so they are ready to respond to any financial challenges they may face throughout their career. Committed to the principles of people helping people, we are one family, in which our members save in order to help their fellow members borrow. We pride ourselves on being a responsible lender they turn to in times of financial need – meaning they can remain focussed on protecting the nation, to the very best of their ability.